"Enrico Abrate seizing on the diversity of a territory now divided between nature, agriculture, and tourism, a land on one front characterized by an aesthetic that’s almost too "contemporary" in its artificialization tied to tourism, and on the other a farmed land that’s uninhabited and overcome by history, sought a path in the landscape not in the physical sense but in the abstract: he followed the route of the Roman via Annia. (...) Abrate collected several fragments of landscape: from a purely visual point of view they appear, as often happens in photography, as scattered pictures, but the hidden thread that connects them is that of an ancient memory of the territory. Only by relying on a concept was it possible for him to find the landscape that he sought but was not traceable in the visible reality." 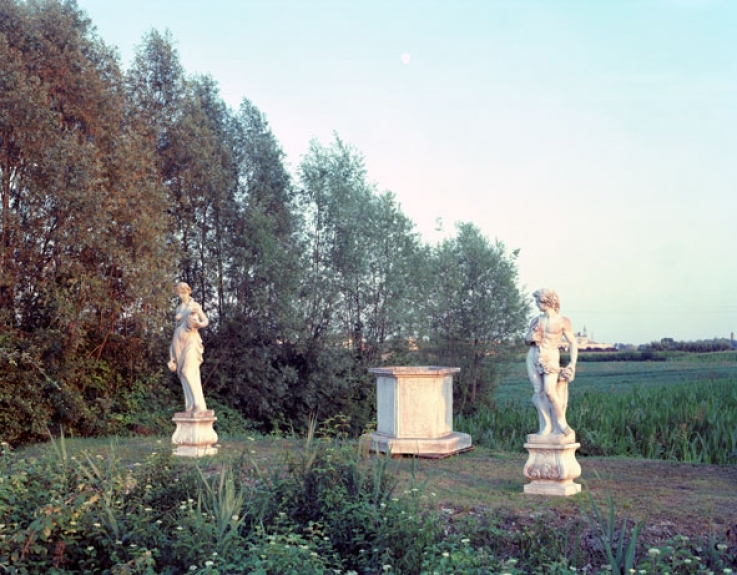