I developed this project during a residency in China. The city of Yiwu is located in the Zhejiang Province and hosts the largest city market of wholesales in the world. Most cheaper goods available in stores around the world are sold here in thousands of small stores, same size next to each other on different floors in various buildings around the city. With this project I wanted to explore the metamorphosis that's affecting society in the People's Republic of China at the current stage of economic development. The process of urbanization is a large-scale phenomenon, with important transformations leading to the development of satellite towns, at times creating a single territory that knows no boundaries and identity changing communities and everyday living. 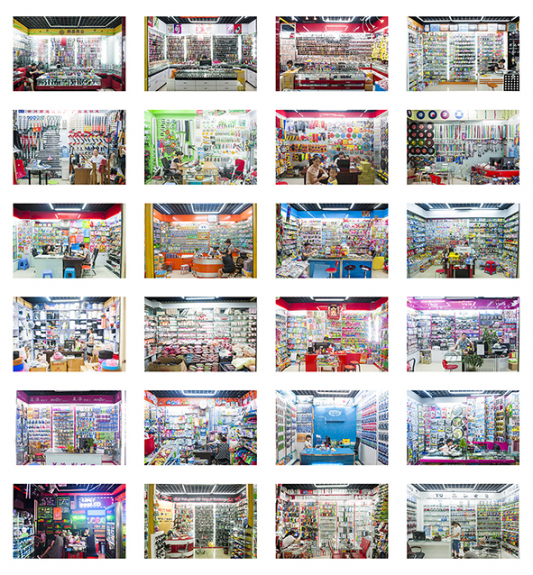